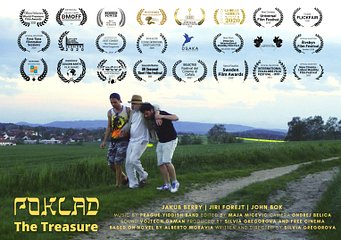 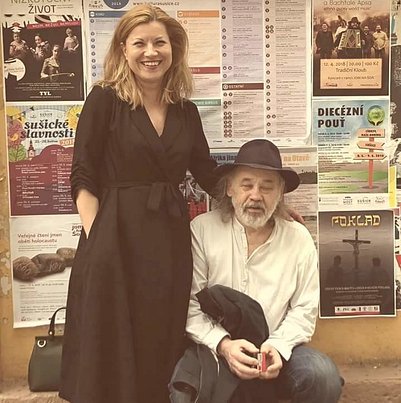 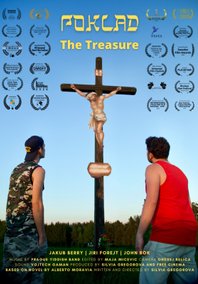 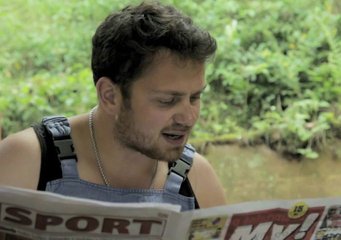 At first, the script does not seem to have considered the differences between a written work and an audiovisual work. After all, we see that what drives the actions in the film are the words and not the images. With this, the result is excessively verbose. And it leaves aside the possibilities of visual communication that provide greater fluidity to this media.

The interpretation of the actors who live the main characters is very inexpressive, perhaps because of the script with too many lines. In fact, they can't show what they feel, whether when they let themselves be consumed by greed, or when they realize they've been deceived. Among the protagonists, John Bok, the actor who plays the old man, stands out. His acting enables the turning point in the story that is driven by his character.

In conclusion, The Treasure chooses a beautiful story to tell, and takes this everlasting message to the screen with a mix of right and wrong choices. It would certainly be improved if the movie explored more the audiovisual resources. In fact, it is the symbolism of the Crucified Christ in the short that remains in our mind after the viewing, which is a proof that image is the primordial resource in a film.

Black comedy “The Treasure” was based the eponymous neorealist tale by Alberto Moravia from the collection “The Roman Stories (1954)”. The main impulse to write the script came from an actual article from the Czech tabloid about buried Jewish gold. The film takes place in a Czech town and tries bitterly to criticize the absence of piety and the persisting anti-Semitism hidden in some of us. The whole film is illustrated by the music of the Prague Yiddish band and photographs of the Jews.

In this sense, take the example of the sequence in the bar. This passage would be much more engaging if you explored the grammar of cinema. Alternatively, the sequence could boil down to the old man listening to the conversation between the two guys about the possible existence of a treasure. Then, when the three are together at the same table, the old man tells his secret, and we could see the guys planning a scheme through exchanges of glances. In fact, this exchange of looks is in the film, but it can't communicate their second thoughts.

Similarly, the other sequences of the film could be reformed to a more visual and leaner format. Thus, they would lead the narrative, which is thought provoking, with a much more engaging result.

Based on novel by:  Alberto Moravia

The Treasure is based on a story written by Alberto Moravia, a remarkably interesting tale that addresses universal principles in a scathing and metaphorical way, likewise a fable. However, this adaptation to the screen wastes its potential.

On the other hand, the use of several shots contributes to the assembly's efforts to make the pace faster. It also proves that the director Silvia Gregorova understands the rules of raccord in the editing process. And the same we can say about Maja Micevic, who is responsible for this task in the movie.

However, in the final scene, the use of the camera in hand was not fairly dosed. Being employed throughout the whole sequence, it seems to have been the chosen option because it was the most convenient. But it could have been reserved for the dramatic climax. In fact, the outcome is absolutely anticlimactic, with the two lads captured on a general plane, which does not express the lesson they have just learned.

Still concerning the last part of The Treasure, the choice of the music theme must be praised. The folk song adds a touch of humor while the old man is fooling the two guys to do the hard work for him and for free.

Another aspect that bothers is the photography in the external scenes. In the night shots after leaving the bar, the lighting does not capture the nightfall or the expressions of the actors, except for the last shot, when the guys leave with their backs to the camera. Yet, in the final sequence, the light is bursting.