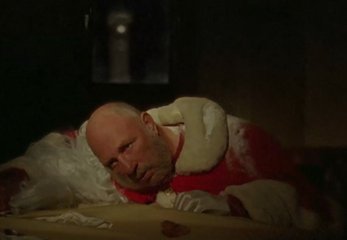 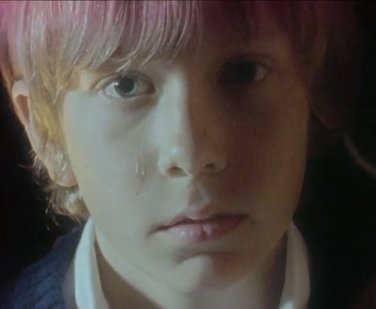 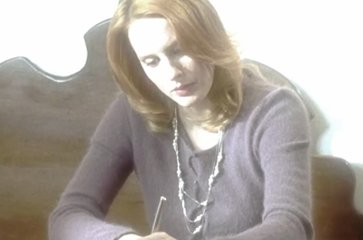 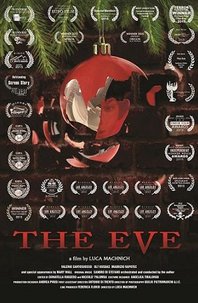 After Perhaps the only traditional element that right away places The Eve in the horror genre is its sinister soundtrack. Moreover, what we find is a disturbed trip of the psychopathic protagonist. And by relating this perversion to the joyous Christmas season, The Eve becomes definitely disturbing.

Even so, his story has a central plot line. And it consists of the disappointment that a boy suffers when he was told that he was an adopted son, during the inappropriate time of Christmas Eve. And the messenger, to make matters worse, is Santa Claus himself. Undoubtedly, a childhood brutally interrupted by the parents' lack of tact.

In fact, this rebellion mirrors the attitude of director and screenwriter Luca Machnich himself. After all, he could tell this story following the pattern of classical cinema. However, he prefers to break the standards and risk this unconventional way of filming, following the trail of other rebellious filmmakers, such as Luis Buñuel and David Lynch.

Undeniably, we can identify some surrealist elements in this short film, such as the cube toys that forms the word "dream" having its price reduced to zero. And as such, it is not necessary for us to decipher all its symbolism to understand the proposal of the film. In this sense, it is unnecessary the indication before the film that states that some sequences are based on the psychological theory of the meaning of Max Lüscher's colors.

Simon is an eight-year-old boy who seems to have everything from life. He’s a handsome child, he’s rich yet unhappy. He senses that there’s something wrong with his life and this leads him to wander off thanks to his fervid imagination.

His greatest wish is to leave the materialistic world behind since he isn’t fond of it. That’s why the only present he wants for Christmas is for Santa Claus to take him away to live in his fairyland toy factory. At the same time, a secret that his family has been keeping for a long time suddenly comes to the surface and it is feared that the worst might happen soon.

The expectation for the stroke of midnight on the night before Christmas is transformed into reality for everyone on the eve of something truly different. Something terrible that might happen.

This is the core of the plot, one that holds some rigidity in its way of being told, and therefore intends to be interpreted restrictively. What is around it is much more free, allowing different understandings.

And the film is rich in images that instigate the imagination of the audience. In addition to the ideas being varied – Christmas ornaments that fall to the ground, the clock of the tower that does not work, the toy store that explodes etc. – the visuals are diverse, as they range from live action to animations.

The short film The Eve involves the viewer in a dreamlike experience. Its story is not narrated following the chronology or even the assembly of cause and effect that induces easy understanding. On the contrary, everything in it is fragmented as it happens in a hallucination or a dream.

There is a rebellious attitude present in The Eve. It arises from the boy's disappointment at the truth revealed in the worst way by his parents. From that moment on, he begins to abominate Christmas and the materialism present in it. In fact, by bringing together other children who suffer similar disenchantment, we identify a collective intention in this rebellion. Finally, the conclusion is an extreme idea for him to demonstrate that he is against the custom of giving gifts at Christmas.