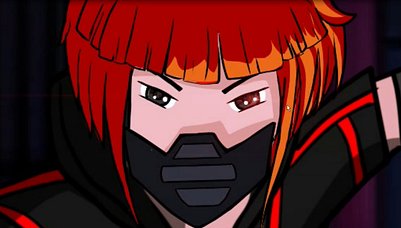 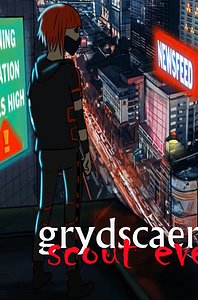 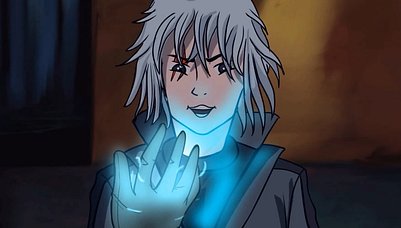 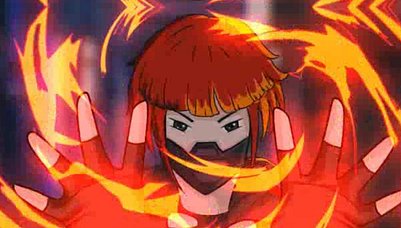 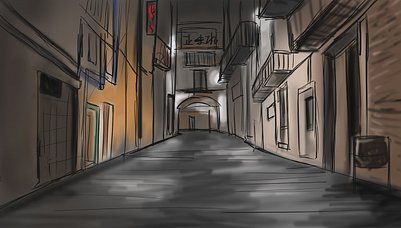 When the world's democracies teetered too close to the sun unleashing nuclear war plunging the world into veiled autocracy radioactive fallout killing millions, those that survived developed psychic powers.

This episode 3 has a different approach compared to the previous two ones, considering the style of animation. This time, it is closer to the animes, specially in the movements, that are less fluid than the Western usual animation. Besides that, the camera effects are closer to the live action cinema, which is also a characteristic of the animes. So, right in the beginning, the camera pans to the left, where the main character stands. Right after, there is a detail shot of the footsteps of this same character, while the floor and the background complete the sense of walking. Then, when the opponent is in the first level on the next shot, the protagonist is approaching with his figure blurred, then gets clear when he reaches his final position. And so, other scenes show this similarity to the anime, which was not so strong in the chapters 1 and 2. And that is much welcomed, as this anime style is more adequate to the theme of this story.

Grydscaen: scout eve (Episode 3) belongs to an elaborated story created by its director Natsuya Uesugi DuBois. The whole concept of this cyberpunk sci-fi is engaging, though not really original. It deals with survivors with psychic powers developed by a radioactive outbreak that are now under oppressive surveillance by an autocratic Elite Government. DuBois’ attempt to showcase his work through short animated films that divide this saga in chapters is worth the effort, as it makes it possible to foresee the potential of his idea.

In It is also noticeable how the neon looks prevails in this episode, as an influence of classic sci-fi films of the 1980s (“Blade Runner”), and the 1990s (“Ghost in the Shell”). That is a perfect match to the cyberpunk content of the story and if it can be enhanced in the next episodes, it will deepen the immersion in this mood.

By Some closer attention to the editing will be a major improvement in the next films. For instance, after Kaizen aims and shoots Faid Callen we miss the shot where Faid absorbs the attack. Right after, the expression of the reaction of Kaizen does not match with the surprise and frustration that he feels when he notices that his hit did not knock down his opponent. Moreover, when Faid Callen hits back, it would be easier to understand that his attack has been launched if there was a similar shot of the energy beam flowing towards the enemy, this time from the right to the left of the viewer. And the shot at 1m40s would be better if it were mirrored, that is, Faid Callen should be on the right side of the frame, and the fallen Kaisen on the left.

It is understandable that the director assumes all voices in the movie, as we imagine this as a budget necessity. However, the voice effects should have been enhanced so that the viewer could identify better which belongs to each character. Particularly, it seems that the deep voice does not match with Faid Calle, as he is very young. And, surely, the voice of the newsfeed narrator is too clear and, at first, we think that we are listening to the thoughts of the main character – it could have some noise attached to it.

Anyway, the anime style is a step up from the first two episodes. And though in this episode 3 there is not much more than the duel between the two characters, the general mise-en-scène is absorbing. Above all, it is a promising concept that can turn into a first-class film with the support of better technical artists and crew.